For those of you who haven’t seen the Quiet Man, let me save you a couple of hours of your life: having accidentally boxed a man to death, an Irish-American pugilist (John Wayne) hangs up his gloves to return to Ireland and reclaim his family’s land, encountering every imaginable Irish stereotype in the process, including fighting, begrudgery, watching horse-racing, drinking, gambling, and going to Mass.

Wayne’s character, unversed in Irish custom, flounders around most of the film with his trademark narcoleptic drawl, while everyone else generally talks like leprechauns, but eventually falls in love with and marries a feisty redhead (played by Maureen O’Hara), getting into an inevitable, ludicrous brawl with her brother, before being permitted to consummate his conjugals. 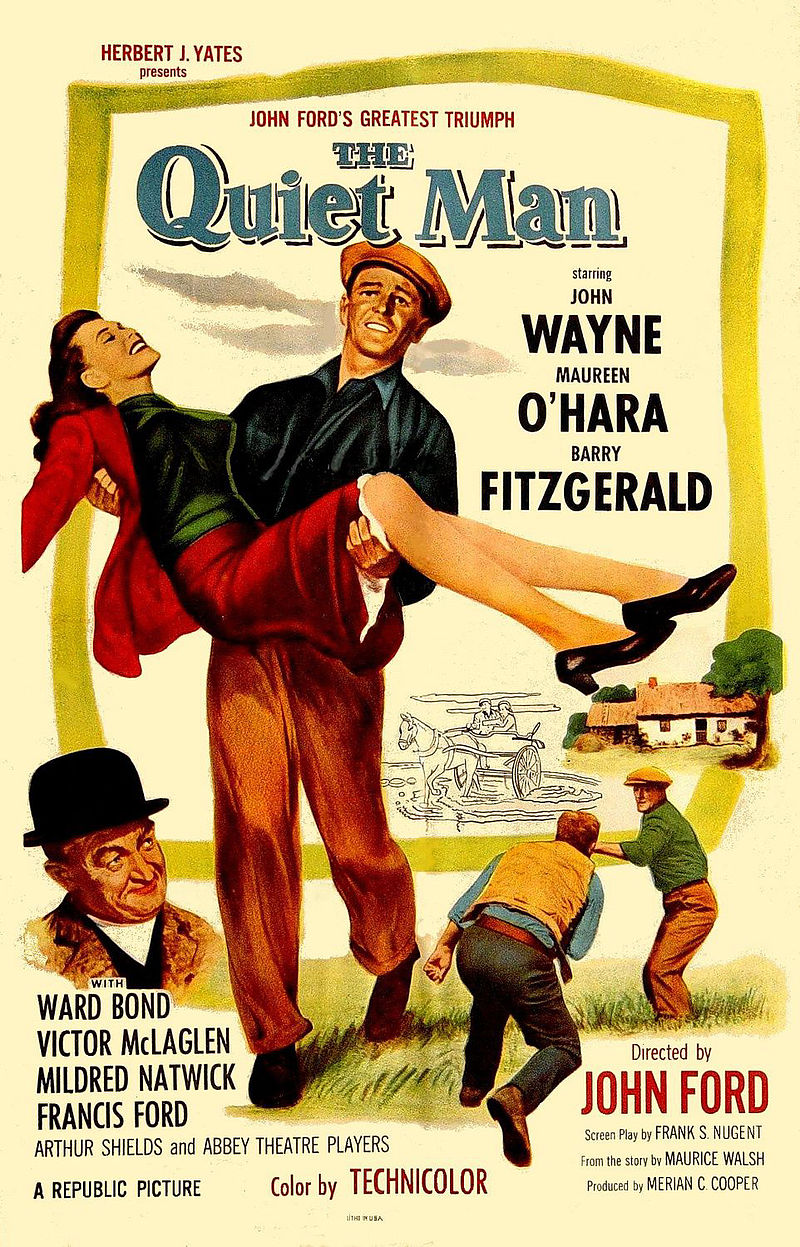 In spite of all this paddy-whackery, the film is considered by many, a classic and as the exterior shots were filmed in Galway and Mayo the local tourist board haven’t passed up the opportunity to invite you down a dubious looking track or two, to visit some of the film’s more choice locations – the sort which earned the movie a preserved status by the US Library of Congress for its ‘aesthetic significance’.

One very tenuous location connection is the “Quiet Man Bridge” about 5 miles west of Oughterard, on the N57 between Galway and Clifden. For the briefest of moments at the start of the film, John Wayne is seated on the bridge, gazing hopefully into the distance and to what might be. A seminal moment in the plot but the shot only offers a bit of the bridge and a couple of mountains in the distance. Mostly it’s just John Wayne doing his acting. 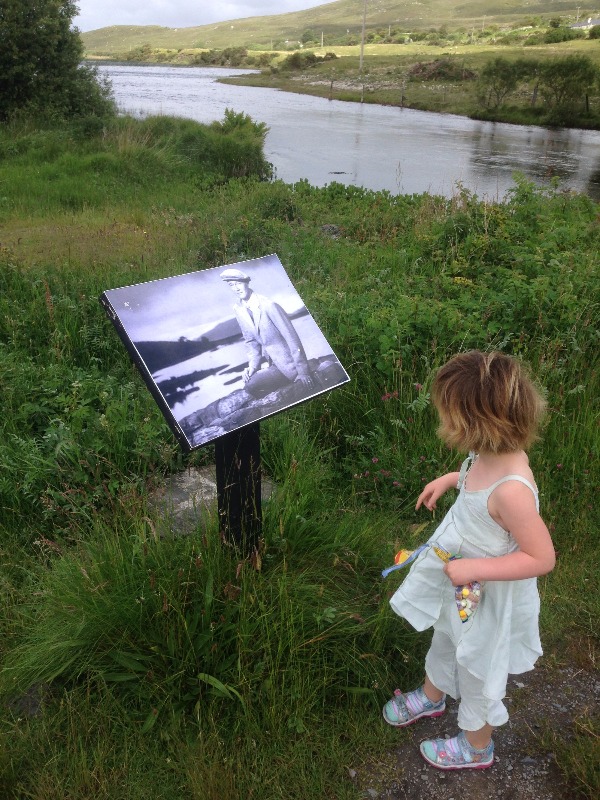 But of course, as the arse of one of Hollywood’s biggest stars rubbed off of a couple of stones on the wall of the bridge, a shrine to the man has been erected next to the hallowed crossing, and tourists are invited to come down and have a butchers.

To be fair, the Quiet Man location scouts knew what they were at and all in all, it’s a pretty impressive view. The only problem was, the actors were the stars of the day, and the backdrops played second fiddle. Avoid the film therefore if you want get the full benefit of the vista and come and see it for yourself.

Whilst the view from the Quiet Man Bridge is nice, you wouldn’t arrange a day out specifically to go and see it, not unless you were a Quiet Man Nut, but if you’re on your way to Connemara or Clifden or one of them places, it’s worth a stop off, even to have a discrete piss in the bushes, like the French crowd did last time I was there.