In the early 20th century, the house and grounds of Coole Park were the home of Lady Augusta Gregory, folklorist, patron of the Arts, co-founder of the Abbey Theatre in Dublin and a friend to many of the distinguished writers of the day, which she regularly invited round to repose, ramble, ruminate and reflect.

Whilst Lady Gregory’s house and library no longer exist, the written contributions of her recondite retinue are still visible in the bark of what is now known as the ‘Autograph Tree’, which bears the initials of some of the world’s most celebrated artists and writers, and leading figures of the Irish Literary Revival, including George Bernard Shaw, W.B. Yeats and Oscar Wilde, to name but a

None of this, of course, is of any interest to a 5-year old whatsoever, but the 1,000 acres of surrounding wood and wetland certainly are, providing ample opportunity for playing games such as “Chase the Squirrel up the Tree”, “Ruin your trousers” and “What am I going to tell you mum?”

The ‘Seven Woods of Coole’ offer miles of nature trails and tracks, which are great for walking and cycling, exploring and jumping in muddy puddles, and for making up stories about faeries, witches and dangerous animals, depending on how inclined your children are to be disappearing off into the distance.

But the woods are tranquil and a magical place, and it’s not hard to see how this place became the inspiration for a number of W.B. Yeats’ poems, including The Swans of Coole Park and To a Squirrel at Kyle Na No… 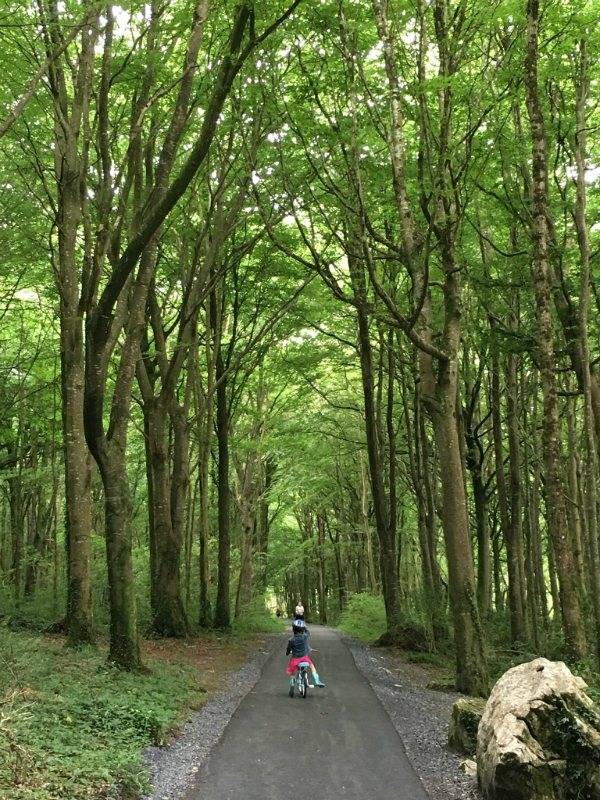 Come play with me;

Why should you run

Through the shaking tree

As though I’d a gun

To strike you dead?

When all I would do

Is to scratch your head

And let you go

To this day, the woods of Coole Park remain the only place I have ever seen a red squirrel. Two in fact – although I cannot be 100% certain that they were not the same squirrel as they’re always running away…as though I’d a gun.)

After an hour or so of squirrel chasing, the beautiful, walled garden grants fatigued grown-ups a tranquil place to convalesce and, for those prepared enough, a picnic at one of the many wooden tables.

There’s still plenty to amuse a 5-year-old though and you can watch the games of hide-and-seek from afar, while you languish next to your cheese and pickle sandwiches, much like Yeats did back in the day. Probably.

If, like me, you struggle to imagine what life might’ve been like for Lady Gregory and her entourage in the early 19oos, the free visitors’ centre bequeaths its audience a glimpse into her world through a permanent, interactive exhibition complete with stuffed versions of the local wildlife, in case you are unlucky enough not to have seen them in their natural habitat.

Coole Park has a great deal to offer and is a great afternoon out with or without the children – but much more fun with and if you want to be “Daddy, Coole”, this is the place to bring them. 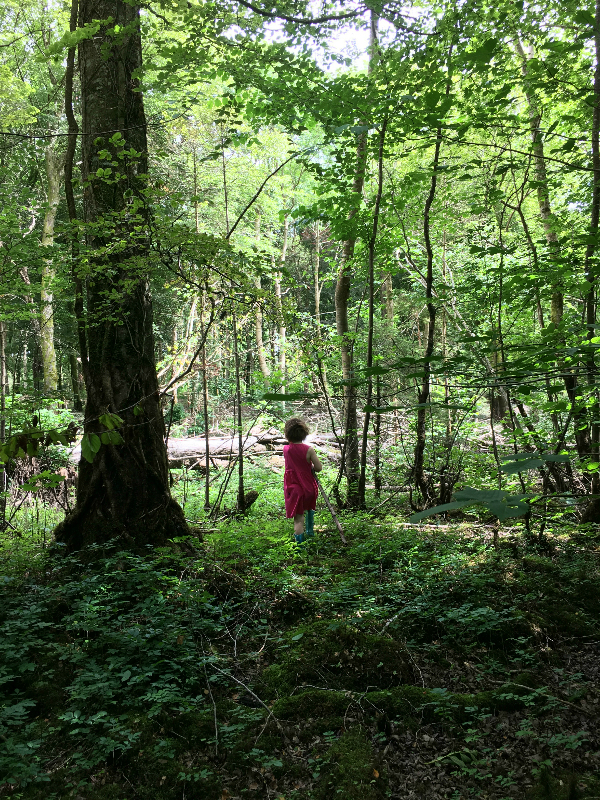